I work for the Marketing team at a large tech company with five other women. I’ve loved working here because my colleagues are so supportive. We’ve gotten really close over the years, and the six of us even went on a weekend vacation to Las Vegas together. My boss, Neal Nixon, has consistently commended me for reaching my performance goals, so I think I’m doing really well here. Still, I was surprised by his recent offer for a leadership position.

Now that I’m leading the team of five, I’ve noticed my once-friendly female colleagues have cooled off towards me. The warmth is gone, and the atmosphere feels standoffish. The ladies aren’t inviting me to lunch, and not one of them has congratulated me. They no longer ask me to consult on projects or stop by my desk to chat. There’s nothing overt that I can put my finger on, but something feels different now.

I just can’t figure out what went wrong. Before I was promoted, I felt like we were all friends around here and things were running smoothly. I noticed that my colleagues are frequently going into Neal’s office, and I suspect they’re complaining about me—I wonder if I’m not doing a good job? I wish Neal had never picked me for this promotion.

A major difference in the male and female cultures is how power is used and perceived. When a woman behaves as if she has more power than another woman (even if she does) this can create significant problems between them. We call this the Power Dead-Even Rule. Businesses, by their very nature, are hierarchies and this can be confusing for women who often unconsciously expect more equality with other women—including their bosses! 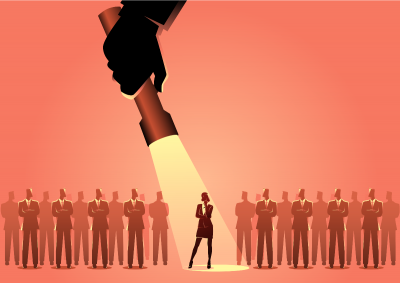